The world of the original Dragon Quest has been plunged in to darkness by the evil Dragonlord in a parallel ending of Dragon Quest: before the final battle, the hero accepted the villain's suggestion that each rules a half of the world. After that, the hero was eliminated; then the world was dominated by monsters; and its inhabitants have been robbed of the ability to build new things from raw materials. With time passing by, a new legendary Builder (the player's character), who retains the power to create, is awakened from their slumber by the goddess who tasks them with rebuilding the world as they see fit.

Dragon Quest Builders is a single-player sandbox action role-playing game, with building and construction a key focus of its gameplay.

The aim is to rebuild the central town in each chapter, with both the quality and quantity of the buildings and decorations contributing to an overall Base Level. The higher a town's Base Level, the more citizens it will attract, and better quality items will become available. Inhabitants of a town will give the player quests in order to better their surroundings, and the completion of these quests furthers both the storyline and the player's ability to build new items. The game also features a day/night cycle which affects the type of monsters that appear as well as their ferocity. Monsters can attack what the player has built and lower the town's Base Level as a result. Furthermore, the player will periodically need to defend the town against a horde of monsters usually led by a boss monster.

The player character has both a health meter and a hunger bar, both of which can be restored through healing items and food items respectively. The game also features a crafting system by accessing workbenches. New crafting recipes can be discovered as the player progresses through the story as well as acquiring new resources.

Dragon Quest Builders received "generally favorable" reviews on Metacritic getting a metascore of 83/100 on PS4 based on 76 critic reviews[1] and 81/100 on Nintendo Switch based on 45 critic reviews.[2] 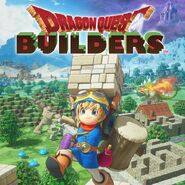 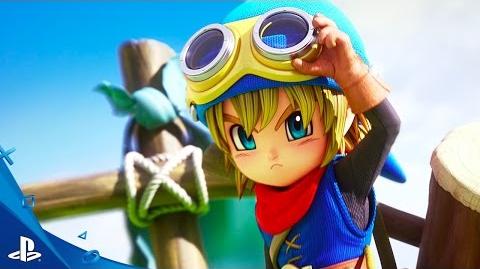