The battle system itself is very similar to previous Dragon Quest Monsters games. The player controls up to three monsters that make up the party, and can issue them direct orders or set them to one of 5 AI settings. The main character does not directly participate in battles except for when the player uses items.

Joker does not have random battles. The only way to encounter enemies is to run into one on the overworld. The monsters can be seen, avoided, and attacked from their back to get a free attack round. Later on, the player gets the Whistle ability. This can be used at any time, other than in the city and where monsters don't appear, and in a way does count as a random battle as the enemies are randomly chosen.

The game takes place in the region known as Green Bays, consisting of seven islands. A jet-ski is used to travel from one island to another, with specific paths defined for every couple of piers. However, the main character may notice uncharted islands beyond some of the main islands. The chances for this are completely random and are not located on the main map

The game also has a Nintendo Wi-Fi element. The player connects to the server, and their monster team is ranked. The DS then downloads a set of opponents to battle. The battles are against the monster teams of higher and higher ranked other players. For each battle you win, you get a reward, either an item or a monster. These rewards change daily and can range from unexciting items to rare monsters such as liquid metal slimes. This feature is designed to be used once per day. The player can only fight one set of opponents, and get a reward once each day. This service has now been cancelled since 2011.

The player gets more monsters by scouting them. Unlike previous games in the series, this is a battle command, and not the result of using items in battle. You can make as many scouting attempts as you want during a battle, until the monster decides to join, or takes offense. Success depends on the relative strengths of the monsters making the attempt versus the relative defense of the monster that is being scouted.

The monster families have been rearranged into a different categorization, so some monsters are in different families than they were on previous Dragon Quest Monsters games:

Unlike previous games in the series, there is not a Boss family. The Boss monsters (end game, or powerful bosses from Dragon Quest games) have been merged with the other families. For example, Zoma is now in the Demon family.

Monsters now all have a rank associated with them: F, E, D, C, B, A, S, and X. The ranks give an idea of how quickly the monster's stats will grow, and how hard they are to get/synthesize. There are 210 different monsters, though some are just color swaps of others, with different stats.

There are three monsters, Trode (トロデ, Torode), Leopold (レオパルド, Reoparudo), and Empyrea (レティス, Retisu) that can not be scouted or bred in the normal game. The only way to get these monsters is to visit a DS Station in Japan or to cheat.[6] There, one can use the games' Wireless mode to fight against these monsters and attempt to scout them. Leopard and Empyrea are required in order to synthesize the main monster into its final forms. An alternate means is to obtain all other monsters and all of the possible skills.

Monster Synthesis is a core element in the game, which involves using 2 level 10 monsters, both POSITIVE (+) (also known as male) and NEGATIVE (-) (also known as female) monsters to create a new weaker monster, that could essentially be a higher rank than your 2 previous monsters.

Monster synthesis is essentially breeding, like in the previous games. The only difference is that monsters can use staves to determine polarity/gender, and appearance. Monster Synthesis is one of the core ways to get the toughest team, as it does not involve scouting Monsters which could have a greater level, thus making it tough to scout. A downside to using Monster Synthesis is that normally the Monster that has been created can be level 1, although it does have a chance to have a higher level. Some monsters must be synthesized with another one of its kind, like the basic Slime, to create a completely different monster. However, a special type of synthesis is required. This can be done by having 4 Slimes as the grandparents. This will create two slimes that, when synthesized, will create a King Slime. 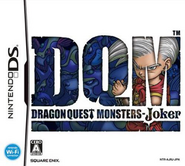 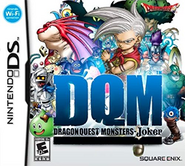