Depending on weither you equip weapons, the behavior of your monsters in battle, and many other factors is what effects the amount of judge points you get. 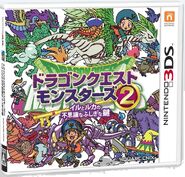