Dragon Quest X: Awakening of the Five Tribes Online is the tenth mainline game in the Dragon Quest series.

Unlike all other numbered titles, X is a massively-multiplayer online game with a subscription model. As of current, it has never been released outside of Japan.

Dragon Quest X features user-created characters with the series' traditional job system, with Warrior, Priest, Mage, Martial Artist, Thief, and Minstrel as starter jobs. Unlike previous games, jobs can be changed in any of the game's towns.[1]

Dragon Quest X is the first numbered title that breaks the Dragon Quest tradition of turn-based combat; the combat becomes more action-based by breaking the order of the attacks.

The game includes a quest system similar to that of Dragon Quest IX. Quests serve as side-stories helping non-player characters around the game's world. Multiple quests can be performed simultaneously with some even interlocking and unlocking various stages in fellow quests. Early quests include gathering magical spring water, slaying monsters and stealing for a fellow thief. Like the previous Dragon Quest installment, Dragon Quest X contains many open ended mini-quests. Upon completion of the quests, a "Quest List log," serving as an in-game achievement list. There are also brand new "Job quests" that can only be received when the player is practicing specific jobs.

This game also includes two new features as a reference to other RPG games: the Fire Colosseum and the Magic Labyrinth. The Fire Colosseum allows the player challenge again some storyline bosses that are modified to be stronger and the Magic Labyrinth acts like the grottos of Dragon Quest IX. Although the first one is located at the top of a snowy mountain, several labyrinths can be encountered during the gameplay, and in the most strange possible places, like a mirror in the Royal Palace of Gran Zedoura in Rendaashia.

Like the rest of the Dragon Quest games, except for Dragon Quest IX, the game allows the player to save their progress in 3 different save slots.

For the first time in the Dragon Quest series, the player can choose between 6 out 7 different types of races, the 7th race having been introduced in the expansion Legend of the Ancient Dragon. These races include:

Also each of the seven main races had a personal guardian deity, direct progeny of the original creator Goddess Lutiana, protecting them. However the Dragon race's guardian deity, Nadraga, betrayed his siblings and allied himself with his mother's sworn enemy, the primordial source of all evil Jagonuba, which eventually lead to the former being destroyed.

Dragon Quest X was first announced in a December 10, 2008 Square Enix press event, in which Yuji Horii revealed the game was being developed for the Wii.[2] Following updates were sparse; Horii had announced that Dragon Quest X was "almost done" by April 2011, and that it would release "by the end of [2011]" without specifying a release date or a worldwide release.[3]

Dragon Quest X was officially revealed on a September 5, 2011 conference aired on Ustream, which announced the game would be a MMORPG for the Wii. The Square Enix website confirmed that there would be monthly subscription fees.[4]

The second expansion set, Dragon Quest X: Legend of the Ancient Dragon, was released in Japan on April 30th, 2015.

The third expansion, Dragon Quest X: The 500 Year Voyage to a Faraway Hometown, was released in Japan on November 16th, 2017.

The fourth expansion, Dragon Quest X: Thorn Lady and the God of Destruction, was released in Japan on October 24th, 2019.

The fifth expansion, Dragon Quest X: Heroes of the Heavenly Stars, was released in Japan on November 11th, 2021.

An offline version is currently being developed by Square Enix. The purpose of this version is to allow different types of players to enjoy the game experience without having a network connection or a paid service, while providing a different aesthetic that provides an original experience, along with voice acting, turn-based combat, and the ability to have Maille, Fuser, Dasuton, Prince Ragus, and Fuura as party members. The Offline version was expected to be released in Japan on February 26th, 2022, while Version 2 of the game is set to be released as downloadable content in Japan on Spring of the same year, with Anlucia most likely reprising her role as a party member. However, it was delayed to Summer 2022 for polishing and refining, most likely in anticipation of whatever rarefied monster would appear in 6.1's release on March 2022 in an area that the Version 1 story already covered during the base game's release. 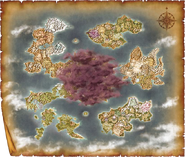 The world, Astoltia, before the release of The Sleeping Hero and the Guided Allies. 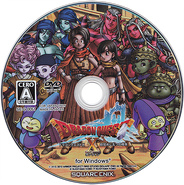 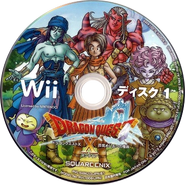 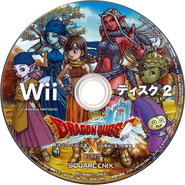 All In One Package（Version 1-Version 3）
Japanese PS4 cover.

All In One Package Version 1-Version 4
Japanese PS4 cover.

All In One Package Version 1-5
Japanese PS4 cover.