Start a Wiki
watch 02:56
'Dragon Quest XI - The Legend Of Luminar' Official Trailer
Do you like this video?

Dragon Quest XI: Echoes of an Elusive Age[2] is the eleventh installment of the main Dragon Quest game series.

The game protagonist was a young man who grew up in a serene, quiet town. When he participates in the village's coming-of-age ceremony, he discovers that he is the reincarnation of a hero that once saved the world, and is burdened with a great mission. He sets off across the world of Erdrea, where he's joined by allies, including a child prodigy, a rude thief, and an entertainer.[3]

Gameplay of Dragon Quest XI varies by console. In the 3DS version, there are two modes that players can toggle between while playing. One version of the gameplay is traditional to the early games of the Dragon Quest series where it is 2D, while the other is that of IX gameplay with a slight mix of the old style of gameplay. The PS4 version is similar to that of X gameplay, where it is more fluid than it would be on a handheld console, due to restrictiveness of quality on handheld consoles.

Square Enix has predicted that the game will take 50 hours to complete; 100 if one completes all its side activities. The player can traverse the world using pirate ships and flying dragons.[3] While the game is set around the Luminary you don't have to have him in your party. The game also has 58 Achievements/Trophies to unlock.

The turn-based battle system provides an accessible experience that features mechanics simple enough for the novice but with enough depth to satisfy hardcore fans. Heroes can use physical, magic, and special attacks. Squads can be tweaked with an occasional substitution, to try to find the perfect combination to take down particularly tricky monsters. During combat characters can also get pepped up, increasing their stats. When a character gets pepped up, they'll gain bonuses to several of their attributes. When more than one party member is pepped up, they can work together to unleash collaborative attacks known as pep powers.

Certain party members pair better than others. For example the Luminary works best with Erik. These pairings are intuitive based on the story. The Luminary pairs with Erik, Jade with Rab, Veronica with Serena, and Sylvando works well with everyone.

Aside from the main story, there are many side quests available. The Quest Catalogue serves as a guide to browsing completed quests and those still underway. Quest are received from NPCs with a purple icon over their heads. Quests can vary from retrieving things for the person to completing task and more. On completion of the quest, the player will be given a pop-up informing them of its completion and that they should return to the requestor for a reward.

The Character Builder is where players can use skill points to teach their party members new spells and abilities, and also improve their attributes. When they unlock a particular panel, the ones surrounding it will become available, expanding options ever further. Different skills cost different amount of points which can be There are also secret skills that are only unlocked when all the surrounding skills have been unlocked. Each character has different skill paths they can follow, for example the Luminary has swords, greatswords, etc.

Camping allows the party to recover all their HP and MP just as a stay at an inn would, but for free. Players can also record their progress by praying at a sacred statue, and some campsites even have their own merchants. Camp sides are scattered throughout the word and can be identified by a fire icon on the map. After camping with Erik you will receive the fun sized forge which allows you to craft different items using materials from your inventory. You unlock blueprints for items by finding them in the world or receiving them from npcs. 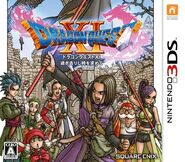 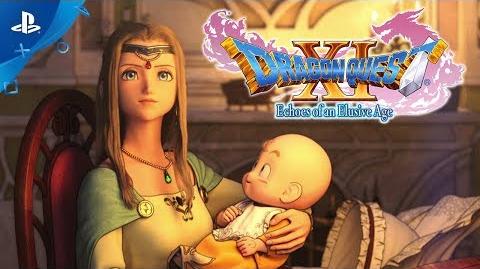 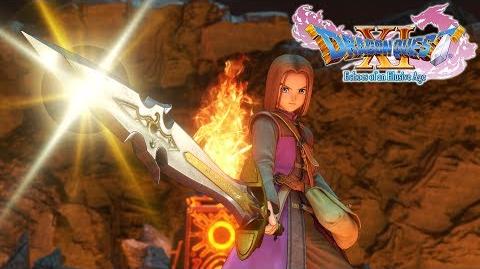 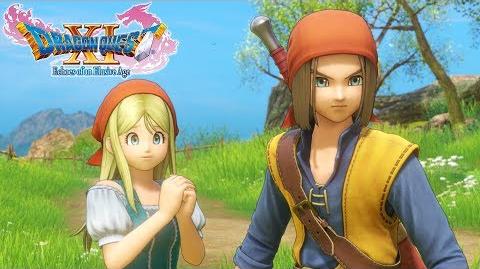 Retrieved from "https://dragonquest.fandom.com/wiki/Dragon_Quest_XI?oldid=159082"
Community content is available under CC-BY-SA unless otherwise noted.