Its original version was released in Japan for Super Famicom on 13 December 1993. It was later ported for Game Boy Color and released on 23 September 1999 in Japan and on 21 September 2000 in North America.

The compilation featured full remakes of the two games with enhanced graphics and a more streamlined gameplay, following elements established by Dragon Quest V, which established the game engine used for the Super Famicom version.

The Game Boy Color version is essentially the Super Famicom version with downgraded graphics and audio, although it implements further minor improvements.

The changes implemented in these remakes have been kept in further re-releases of the two titles, such as their mobile and Nintendo Switch versions. 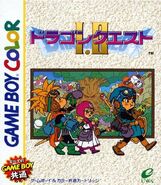