Whereas most game in the series focus on the adventures of a hero rising up against the forces of darkness, DQM is the much smaller-scale story of a little boy and girl, Terry and Milly, characters from Dragon Quest VI, when they were just small children. It opens with Milly's kidnapping by an evil creature called Warubou, after which another called Watabou appears, explains the situation, and starts Terry off on his quest to rescue his sister.

DQM took the monster-recruitment elements of Dragon Quest V and expanded upon them, also borrowing a few mechanics from the Pokemon series, setting the standards for what would become the "Dragon Quest Monsters series." The basic concept is that Terry, as a young boy still too weak to fight for himself, must enlist the help of various creatures to act in his stead. Collected monsters level up and grow like a character in a main-series Dragon Quest game might. As he progresses, he is able to add more and stronger monsters to his collection, which stands in for usual Dragon Quest power escalation elements such as steadily strengthening spells.

It generally makes quite good use of DQ staples already in place, such as character growth through battling, Travel Gates, the Monster Arena, Tiny Medals, and general progression.

Breeding is one of the game's most complicated and involving aspects, and one of the player's primary motivations for continuing to play, even after having seen the ending.

The game begins with young Terry and Milly living peacefully in their house, in the days before Dragon Quest VI, when Terry and Milly were just children. When they go to bed at night, Terry gets up and goes into the next room. A strange monster then appears from a dresser, kidnaps Milly, and then vanishes back into the dresser he came from. Soon after, another monster, similar to the kidnapper, appears from the same dresser looking for Milly, but is surprised to learn that she has already been taken away. The monster, Watabou, then asks Terry if he would like to find out where his sister and the kidnapper are, and to follow him to the Kingdom of GreatTree. Watabou and Terry both go into the dresser and Terry then finds himself in an unknown land. He meets the king and receives Slib the slime, his first monster, to train. If Terry wins the Monster Trainers' Starry Night Tournament, he will be granted a wish. So Terry sets out with his team to explore the many monster dungeons to win the tournament and rescue his sister.

After beating Class F in the Arena, the player can breed monsters if they are at level 10 or above at the Shrine of Starry Night, which is taken care of by the current Master Monster Tamer. Breeding requires one male and one female monster. The result of the breeding will be an egg, containing a level 1 monster which has characteristics of both parents, including skills and stats. The egg can then be left in the monster farm or hatched, which costs a small fee. The monster born will have a plus number next to it, the number generally signifying the greatness of the monster's stats, the higher being the better. It costs more money to hatch a monster with a higher plus number than one with no plus number. Also, the number beside the plus multiplied by two is added to the limit for the maximum level for the monster.

A storage place for your monsters, managed by a little boy named Pulio, where they can be picked up or dropped off. There is an option to put monsters at the farm to sleep, which allows them to maintain their wilderness level and allows the player to keep an additional 19 monsters, but they will not gain experience or grow in level unlike non-sleeping monsters who do. There can be 19 awake and 19 asleep monsters at any one time.

Just like in most RPGs, monsters are able to gain EXP (Experience Points) and level up. Each monsters' requirements for advancing to the next level varies, and usually depends on their plus number or even what monster family they belong to. When a Monster levels up, they increase stats and sometimes gain new skills. A monster found in the wild starts off with either one or three skills, but through breeding, can carry a maximum of eight skills; if a monster has eight skills, but wishes to learn another, there is the option of replacing an old skill with new one. One of the most interesting things about leveling up is the creation of new skills through old ones. If a monster has specific skills, they can sometimes inherit a new skill if the right requirements are made. These depend heavily on stats and the monster's current level.

The player moves around to other worlds through warp gates, called travelers' gates in-game, which are located underneath the throne room. To access these gates, the player needs to defeat a class ranking. There are a certain number of areas in a world and at the last one, the player needs to defeat a boss. Other gates are hidden throughout Great Tree, such as one in the library that is only accessible after befriending over 100 different monsters.

Players of other games in the Dragon Quest series will recognize many of the bosses and boss levels. Examples include the Golem guarding the town of Cantlin and the Green dragon holding Princess Gwaelin captive (both from the original Dragon Quest). Some bosses in the game offer to join the player's party automatically, some have to be won over with meat, and some will not join at all.

In this game, the player goes through ranks that consists of three different battles that must be won before the player can advance to the next ranking. Each rank provides harder challenges: the higher the rank, the harder the monsters. The battles you able to start at are from Rank G and go to Rank D, and later in the game, you are able to go from Rank C to Rank A, and then Rank S. These battles open up gates for the character to explore and are necessary to progress through the story. The arena battles cost gold to enter:

These medals are scattered throughout different worlds and are randomly picked up. In the game, there is a man who largely resembles the king located east of the Monster Arena who will give the following eggs for the cumulative number of Tiny medals brought to him in the original Game Boy game:

The monsters that the foreign masters have with them change depending on the total level of the player's party.

There are different types that will give or do different things for the player if they beat them:

The game has also been remade for the 3DS in Japan as Dragon Quest Monsters: Terry's Wonderland 3D. At this time, it is not likely to be released elsewhere in the world.

A manga follow-up titled Dragon Quest Monsters+ continues the tale of Great-Tree roughly one year after the events of the game. While the protagonist, Kleo, is an original addition to the setting, several veteran characters and monsters return. 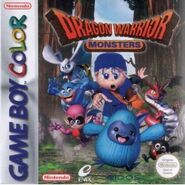 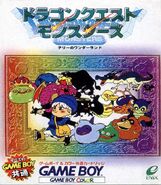 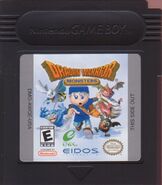