The Faerie flute (formerly Fairy Flute, PixyFlute) is an item in Dragon Quest. It can be used in battle to put an enemy to sleep, most notably a Golem guarding Cantlin. Due to text restrictions in the Game Boy Color remake of Dragon Quest, It was renamed PixyFlute. (Or PxyFlut in the item list.)

The location of the flute is given in a clue by a man in Rimuldar. The flute can be found by searching 4 steps south of the bath in the village of Kol. 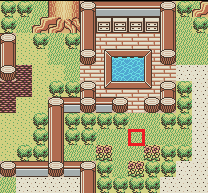 The flute is only useful in battle. It can be used to put an enemy to sleep similar to the Snooze spell. The flute is primary designed for defeating the Golem guarding the entrance to Cantlin. The flute will always put the Golem to sleep, whereas it works only sometimes for all other enemies.

Retrieved from "https://dragonquest.fandom.com/wiki/Faerie_flute?oldid=178678"
Community content is available under CC-BY-SA unless otherwise noted.