Love Song Sagashite (LOVE SONG 探して, translated as Looking for a love song) is an EP record single with a vocal version of the main menu screen theme from Dragon Quest II, "Only Lonely Boy", also known as "Love Song Sagashite". The two tracks in the single were composed by Koichi Sugiyama and arranged by Masaaki Omura, with lyrics by Yoshiko Miura, while J-pop singer and former Super Monkey's member Anna Makino is in charge of the vocals.

The EP was re-released in 2018 by a different publishing label. The songs, including the karaoke version were also re-released in Makino Anna Complete Singles Love Song Sagashite as a full CD album with other Makino's singles of the era. 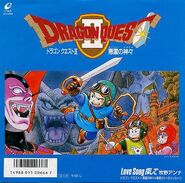 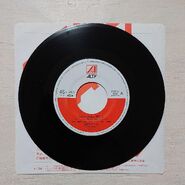 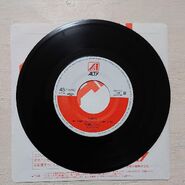 Retrieved from "https://dragonquest.fandom.com/wiki/Love_Song_Sagashite?oldid=173516"
Community content is available under CC-BY-SA unless otherwise noted.