Mage is a vocational class in the Dragon Quest series.

Mages specialise in casting destructive spells, but performs poorly at close combat. They can also use certain field spells to help the party in its adventures. The Mage is given powerful magical abilities when leveled fully, including Puff! and Kaboom. The Mage also has the Hocus Pocus spell introduced in Dragon Quest II, which has a large menu of possible random effects: some very good, some very bad. Though Mages have high Intelligence, they are physically frail and cannot equip heavy weapons such as swords, axes, spears, or heavy armour. It is best to keep them in the back lines.

The Mage's spells are useful after the events in Alltrades Abbey, but when combined with the mastered Priest class, the character can become a Sage and learn much more devastating spells and a Druid afterwards.

The Mage class is available at the start of the game and has the unique skillset "Spellcraft". Mages can also use skill points to learn Knife, Wand, Whip, and Shield skills. Their Coup-de-Grace is "0 Zone," which reduces their MP cost to zero for a few turns.

A Standard Vocation which needs to be of at least level 50 to access the Sage and Armamentalist Specialist Vocations. 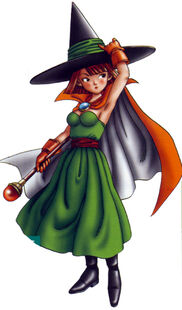 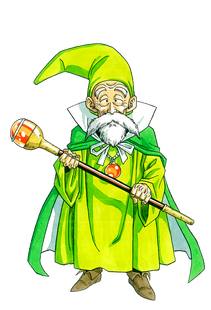