The Oubliette is a dungeon in Dragon Quest IX. It is located in the depths of Gittingham Palace. It is the location of the prison where Corvus is held captive.

Monsters in this Area 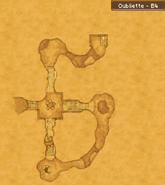 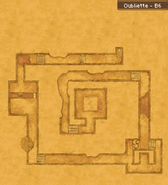 Basement 6.
Add a photo to this gallery

Retrieved from "https://dragonquest.fandom.com/wiki/Oubliette?oldid=153560"
Community content is available under CC-BY-SA unless otherwise noted.