Pandora's box is a monster who appears in the Dragon Quest series. 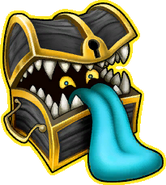 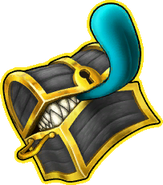 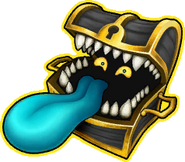 Pandora's box's fourth artwork for MBRV.
Add a photo to this gallery

Pandora's box originates from Greek mythology as a container said to hold all the evils that were loosed upon mankind with the exception of hope. Unfortunately, unlike the myth, there is little hope to be had against this monster.

Retrieved from "https://dragonquest.fandom.com/wiki/Pandora%27s_box?oldid=189376"
Community content is available under CC-BY-SA unless otherwise noted.