Chisa Yokoyama
CD theater Dragon Quest II
The Princess of Moonbrooke is a character in Dragon Quest II. She is a descendant of Erdrick who inherited none of her ancestor's physical strength but makes up for that in her ability to use magic.

She is depicted as shorter than her cousins, the Prince of Midenhall and the Prince of Cannock, having either blond or purple hair and is clothed in a white robe and purple hood with Erdrick's Crest on them, carrying what looks to be a Wizard's staff in the Japanese version of the game. In the American version of the game she is tall, blond, and wears a pink and black robe, knee-high black boots, red cape and holding the Lightning staff. When cursed by Hargon, she took the form of a brown dog.

Princessa, the Princess of Moonbrooke, is first seen with her father when the monster minions of the Children of Hargon and their Hellish Father attack Moonbrooke, with the King telling his daughter to hide while a lone soldier who survived tells Midenhall of the High Priest's attack. After Hargon attacks Moonbrooke, the Princess of Moonbrooke is turned into a dog and banished to Moonahan. Later, after her cousins, the Prince of Midenhall and the Prince of Cannock break the curse with Ra's mirror, she joins forces with them to exact revenge on Hargon for what he did to Moonbrooke and her father. After Malroth is defeated, if Princessa revisits Moonbrooke with her cousins at the end of the game and talks with the spirit of her father, she swears to rebuild Moonbrooke back to its former glory.

The Princess of Moonbrooke is the most limited in terms of equipment compared to her cousins, being only able to equip light clothing and magical staves and wands. She cannot use any shields. She joins the party equipped only with plain clothes and a cypress stick and does not have much in the way of physical attacks and defense. The SNES, GBC, and iOS/Android versions of the game mitigate this slightly by improving the attack scores on the wands she can equip.

Princessa appears as a special guest in the Quester's Rest.

The princess is found in the Moonahan section of the Echo Chamber, where she has returned to human form at the cost of the citizens becoming dogs themselves. Distraught, she requests aid from the Luminary and seeks a jug of Magic water to undo the curse. After being given the phial and returning history to normal, she laments her fate and awaits the arrival of her cousins. Humorously, she is greatly taken aback at how common magic water is in the Luminary's world compared to her own, which is likely a developer joke at how mundane magical items have become in recent games in the series.

Princessa is a playable character, and a rank C opponent.

She appears as part of the Dragon Quest II story event.

Appears as a character that can be recruited during the Dragon Quest II event. Her Coup de Grâce is Moonbrooke Prayer, which greatly recovers one ally's HP and increases their attack, defence, wisdom, and spell resistance for 3 turns. 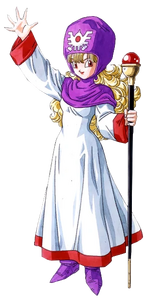 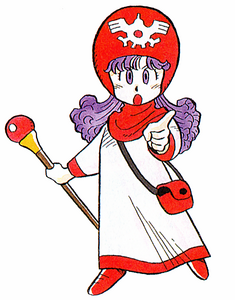 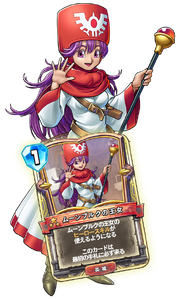 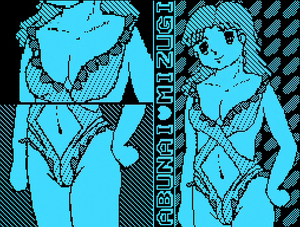 In the skimpy swimsuit, an easter egg exclusive to the MSX version of Dragon Quest II 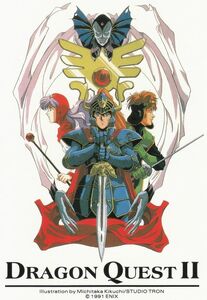 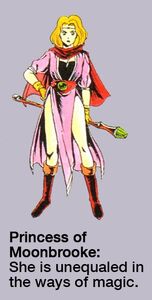 As she appears in the back cover of Dragon Warrior II 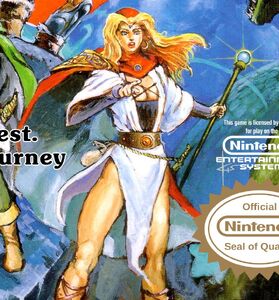 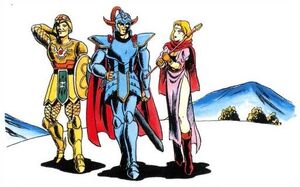 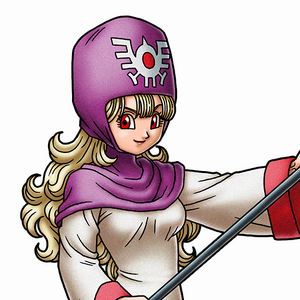 Princessa, as seen in Dragon Quest of the Stars 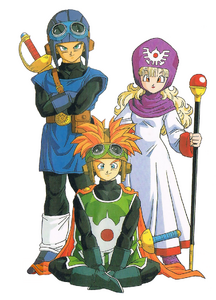