The Quarantomb is a dungeon in Dragon Quest IX. It is located northwest of Coffinwell. It contains a deadly virus which , when not restrained, infects the town of Coffinwell. You must have the Quarantomb Key to get inside. In the lowest layer is the ghost of King Godfrey, who has appears to have forgotten who he is. 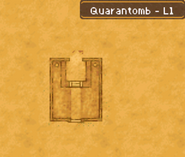 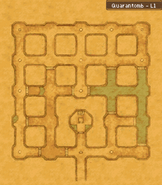 Quarantomb - Basement.
Add a photo to this gallery

Retrieved from "https://dragonquest.fandom.com/wiki/Quarantomb?oldid=136010"
Community content is available under CC-BY-SA unless otherwise noted.