A treasure map is a specialty item in Dragon Quest IX, which can be acquired in a number of different ways. When opened, a treasure map marks a particular spot on the world map where a secret grotto can be found. Treasure maps come in 2 varieties: normal and legacy boss. Overall, treasure maps play a key role in extending Dragon Quest IX's post-game by adding enormous amounts of additional content.

When viewed on the item screen, each treasure map displays description data on the top screen of the DS. This data contains the following:

To access a map's grotto, the player must find the location marked by the map on the overworld. When the map is activated, meaning it is in use and displayed on the top screen, the player will see an exclamation point above the hero's head on the bottom screen when they are in the correct location. Pressing the 'A' button when this happens will cause the map's grotto to appear. Pressing 'A' again, enters the grotto.

Once a map is put away, its grotto also disappears from the overworld. However, activating the map again allows the player to re-activate the grotto. The world map location of a map is permanent after it has been received by the player.

For images of some possible world map locations for each map, see List of treasure map grotto locations in Dragon Quest IX.

For a useful site with all possible world map locations, click here.

Normal treasure maps lead to grottos/dungesons which consist of a number of floors containing enemies and possibly treasure chests, as well as a boss in the final basement. Each normal map is given a descriptive title which includes a level number. This level is a measure of difficulty for the associated grotto. All normal maps which are not received via Tag Mode are randomly generated based on various criteria. See #Normal map generation mechanics for a full description of the normal map generation process.

Legacy Boss maps are treasure maps which lead to grottoes/dungeons which contain only 1 floor holding a legacy boss from Dragon Quest I - VIII. These maps are considered bonus material and are only received using Tag Mode, by completing specific quests, such as #151, and as item drops from certain other treasure map bosses. There are exactly 13 legacy boss maps in Dragon Quest IX.

The Legacy Bosses are unusual in that you can give them the EXP normally obtained from defeating them so they can level up. This increases their strength in battle, and adjusts their treasure drops.

Treasure maps can be received via Tag Mode with other copies of Dragon Quest IX. When entering Tag Mode, each player is able to choose a single treasure map which they possess to share with other games. This map will be "copied", meaning the original player does not lose it by sharing it on Tag Mode. This method of sharing treasure maps is also used for various Dragon Quest IX events in order to share maps. The 2 most famous maps traded via Tag Mode are the Masayuki map and the Locker map.

The following quests give a treasure map as a reward for their completion.

Note that quests 121 and higher are only available through the DQVC. See List of quests in Dragon Quest IX for more info.

The drop percentages are as follows:

King Schott of Stornway Castle will give the player 1 random treasure map when speaking with him after completing the game.

Completion of a normal treasure map

After completing a normal treasure map, another map is randomly generated and given to the player. The mechanics of how a new map is generated are somewhat complex.

Quality is a computed number between 2 and 248 that is later used to determine how good the next map will be. A higher quality value yields more rare maps. The formula for quality is:

Note that p() in these examples is negated by the max and min values of 2 and 248 respectively.

After computing the quality value, the game randomly selects one of 32768 maps for that quality value. Since quality can range from 2 to 248, the total normal map possibilities can be computed as:

Hence the reason high quality maps are so rare. Even with the highest quality value (248), there is still only a 1/32768 chance of getting a specific map. For higher quality values, the possible maps contain grottos which are much longer and hold more powerful enemies, bosses, and treasures. The following table shows the relation between the quality value and the map contents.

Using this table, the game randomly selects an eligible value from each column according to the computed quality value. For example, for the highest quality brackets (201-220 and 221-248), a random boss is selected from all 12 possible bosses.

The monster rank value is used both for determining monsters and treasure chest rank within the grotto. Higher values equate to more difficult monsters and better chest contents.

Monster Rank increases in value on lower floors of a grotto. The increase can summarized as:

More simply stated, the rank increases by 1 for every 4 floors completed. So for the largest grotto (16 floors), the break down would be:

Therefore, rank S (12) is the highest any grotto can contain, and can only appear on floors 13-16 if the Monster Rank on floor 1-4 is Rank C (9). Also note that not all monsters within a particular rank may appear on a floor. Which monsters within the rank appear and their frequency is determined randomly. This fact is tied to the popularity of the Masayuki map, as it contains a floor where only Metal King Slimes appear.

For the list of monsters in each rank, see List of treasure map monster ranks in Dragon Quest IX.

Treasure chest rank is determined on a per chest basis. This means that for a floor with monster rank 5, each chest could have a rank between 2 and 5. Each chest permanently retains its rank, so a rank 8 chest will always contain rank 8 items. The treasure map must be closed and reopened in order for chests to respawn their items.

The number of actual chests on any one floor is determined randomly. This variability in the number of chests and their rank is the reason for the Locker map's popularity, as it has a high amount of rank 9 and 10 chests.

There are 12 possible bosses for normal treasure maps. These bosses are indexed below in increasing order of difficulty:

The first ten bosses are implied at several points throughout the game (and stated outright by Fowleye) to be aspects of the Almighty, who was fragmented by Corvus and sealed into the grottos to ensure that he would not regain his power.

After defeating a boss, the treasure map must be closed and reopened in order for the boss to reappear.

The level formula is:

So for a map that has 8 floors (not including boss floor), monster rank 5, and boss 5 the level would be computed as:

So the level will be between 37 and 47, depending on the random value generated between -5 and 5.

Prefix is related to the rank of the treasure map grotto. Rank is determined by the quality value computed above, and the prefix is randomly selected from the possible prefixes associated with the base rank.

There is a fair amount of ambiguity with each rank, as a map with rank 8 could have 10 out of 16 possible prefixes.

There are a variety of environment words used to describe each of these different themes. The environment word used is related to the number of floors the grotto contains.

The ambiguity is high related to number of floors. A grotto with 11 floors could have any environment word except for Tunnel and Cave.

The suffix of the treasure map name is related to the number of the boss on the last floor of the grotto.

Calculators have been developed to compute the possible values related to treasure maps using the mechanics discussed above.

A common question is how to obtain better maps. The answer to this question is to improve the quality value computed when each new map is generated. This can be done by doing the following:

A certain grotto known as Ruby Path of Doom, appears as a location in the Echo Chamber in the 3DS and Switch versions. The grotto is based on the Masayuki map. The Doomsday dragon and King of Metal king slimes can be fought there. 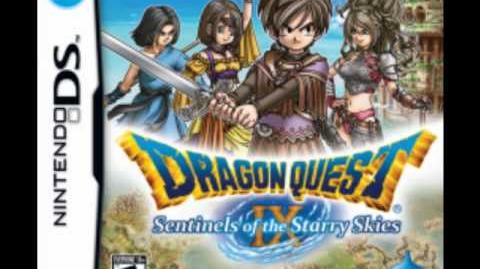 Retrieved from "https://dragonquest.fandom.com/wiki/Treasure_map_(Dragon_Quest_IX)?oldid=165117"
Community content is available under CC-BY-SA unless otherwise noted.