Undead family (ゾンビ, Zombie) refers to the type of monsters the Dragon Quest series based on corpses, spirits, skeletons or anything related to the undead.

In Dragon Quest Monsters: Super Light, it was retitled as the Zombie Family but it was changed back to "Undead" in Dragon Quest XI.

Undead are frequent users of poison and instant death attacks, and are subsequently immune to both. More disturbing is their tendency to appear in groups, compounding the danger.

Staff attacks deal 110% damage to zombies, and the staff ability Deliverance does even heavier damage. Also, lots of undead are weak to light-based attacks. As well as in Dragon Quest IX the monk can learn an ability called Deliverance which does massive damage to undead enemies.

Their most crippling weakness however, is their abysmal defenses. Zombies are almost as fragile as equal level Slimes, and most of them lack behind speed too, being slower than most material monsters. 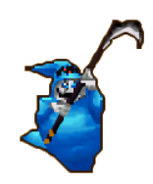 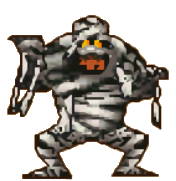 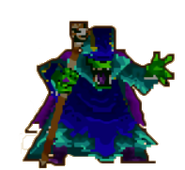 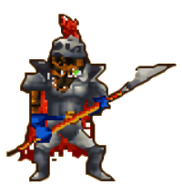 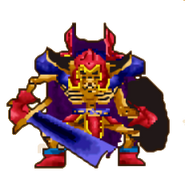 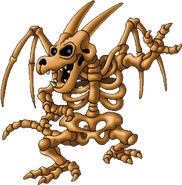 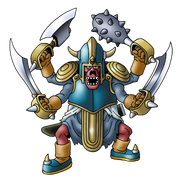 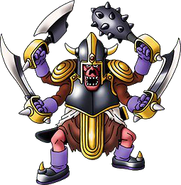 Rider
Add a photo to this gallery

Retrieved from "https://dragonquest.fandom.com/wiki/Undead_family?oldid=187401"
Community content is available under CC-BY-SA unless otherwise noted.