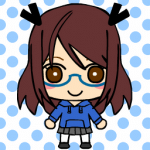 Carol of the bells

I'm a big fan of DQ 9, and I've beaten the game three times. I'm working on my fourth now. I know of the other dragon quests, but I haven't played them, but I am SO looking foeward to the tenth game! Anyway, here's a list of my favourite DS games:

Lego Lord of the Rings (3DS)

I have two DS's (One is a DS original, and the other is a 3DS) and I also have two Dragon Quest IX's. So I came up with the brilliant idea of canvassing my characters onto the other game, and also visited their worlds. Do you know how long it took me to do that?

Haven't played the quest, but I watched it on YouTube. How many of you were shocked to find out that Pavo and Aquila were siblings? >holds hand up<

I guess it kind of makes sense....in a weird kind of way, but they don't really look alike...Oh wait, they have the same serious expression!!! Also, does anyone know how old Aquila is? I personally think he's a little over three hundred, because the Gittish Empire existed 300 years ago, and that's also about the same time Corvus fell. When you travel to the past in the dlc quest, Aquila is speaking to Corvus, so we know he was already Corvus' apprentice, so yeah. He is old. But not as old as Apus Major. I wonder how old Apus Major is....

How many of you thought Patty was evil at first? >Holds hand up<

........Okay, maybe not VERY evil, but devious. Or mischievous. But despite that, I wish that included her hairstyle in the female character creation. That'd be cool.

Retrieved from "https://dragonquest.fandom.com/wiki/User:Carol_of_the_bells?oldid=66567"
Community content is available under CC-BY-SA unless otherwise noted.