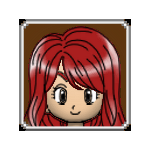 This gonna be long, so get a cup of tea and start sleeping. I'm about 22 years old. I live in Venice, a little city in L.A. were RHCP maked their "Raindance Maggie" video.

I have updated my team!

Fav. Grottoes: Gold Maze of Bane lvl. 62, Silver World of Doom lvl. 85, Emerald Ruins of Gloom lvl. 88 and Bronze Ruins of Death lvl. 99. The first one is a Liquid Metal Slime Floor only, and the third one is an S-Rank Grotto. I have more S Rank Grottoes but I'm too lazy for writing them.

Recently I have beaten Peace Walker. I was too bored to post it before. Games I've beaten:

-> Snake Eater 3D [Took me about 2 weeks... The Sorrow fight was holy fucking epic, because he was dead and it was like I was hallucinating...]

-> MG2:SS [Not the famous-portraits one... The one in which Snake looked like S. Snake from MGS]

-> Portable Ops [Pythons are cool. And it is said that Liquid Nitrogen can revive dead fishes... lol. I need to try that with my dear Silver...]

MGS4 is on process (I go to teh Twin Seuns), and I'm just getting cash for a PS2, unless my uncle Otacon (MGS4 REFERENCE HEAR SPOILARS) gives me his PS2... How many love gives me that freak.

Favorite Characters from each game:

MG2:SS - Snake, that coolface badass... And yes, he had nightmares about scorpion-size tanks, lol. Also, the Fringe Man, I mean, Fox... Has anyone saw a fringe longer!?

MGS:TTS - PSYCHO MANTIS!!!! That 1'90m. ohsotall guy was about to kill meh until I switched the controller!!! HAHAHAH!!! And well, as I said before, Immortal Fox, with his 30 year old face (but he's really 50 years old...), and his awesome moves. Wolfie was cute, but I really disliked Liquid Kurt Snake Cobain. Badass longhair.

MPW - KAZUHIRA MILLA!!! I don't know if he will take his sunglasses off, but he's OH GOD... Also, Strangelove, a bisexual lover of The Boss (yes, she was bi, not lesbian).

MGS3D - The Soooooorrooooow. That smiling bastard with his medium powers. I really liked the Cobras, and I wanted MGS5 to be a game about The Boss and The Cobras in Normandy, '44. Also, Major Ocehot, that revolver spinning hottie, and Raikov, the gay lover of Volgin. I really liked that Raiden parody.

MGS4 - Well, for God's sake... I DIDN'T LIKED RAIDEN. I said. Watching MGS2 videos, he looked like better as a rookie... And I just liked the BB Corps and Big Mama (Older EVA). God, is another immortal!

Retrieved from "https://dragonquest.fandom.com/wiki/User:Dana412?oldid=49938"
Community content is available under CC-BY-SA unless otherwise noted.