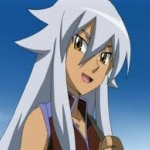 Hi, welcome to Dragon Quest Wiki! Thanks for your edit to the User blog:Daisy-ReeRules/Finally beat the main story! page.

as you are a candidate for the admin vote, would you please read the updated information, that can be found here Breaking Benjamin?well, enjoy the silence. (my website) 12:04, September 25, 2013 (UTC)

hey Daisy, i noticed the little rant about the Garth Goyle, and had a little chuckle to myself. but on a serious note, there's a difference. the difference is that a gargoyle is meant to keep evil spirits away, and a stone volture is, well, a gargoyle that can't do it's job. thus, they called it the closest they could. hope you understand :) Breaking Benjamin?well, enjoy the silence. (my website) 21:07, October 31, 2013 (UTC)

Hey Daisy, have you been able to upload the two pictures for Evil Sir Leopold or your Profile? i might be able to help :)

Thanks! :D TBH it was close, and anyone could have won, hell it was almost a 3 way tie. i'll try my best to make this wikia as awesome as possible without changing anything too much :) Breaking Benjamin?well, enjoy the silence. (my website) 10:51, November 2, 2013 (UTC)

Btw, I haven't made the Monstary logo into a template yet though, because I honestly have no idea about templates. Daisy-ReeRules (Talk!) (Blogs!) 18:58, November 2, 2013 (UTC)

Already made the template, it can be found Here and ends up looking like this:

OK, it's great that it's done already

Daisy, I personally think that it would be better if we kept the Final Boss page, and I stead reorganize the categories, maybe flash out the information a little, and then link each section to the full page about the bosses. It is a list after all, but what do you think? I'll put a blog post asking the community what they want to happen to it before anything happens, that'd end in around 1 - 2 weeks. thanks for pointing it out though, :) Breaking Benjamin?well, enjoy the silence. (my website) 11:31, November 3, 2013 (UTC)

P.S. after looking at the talk page, one of the older admins did want to delete it, so i guess it'd be up to the wikia members still, but it is interesting to see that the old admin didn't mark it for deletion...

well, we do already have the Wiki Projects page, so...

Well, it will be a end of an era for Nintendo Wifi games, I've never been able to connect my network because it's not a WEP network, but by tommorow I will be able to. If you have a Netgear router here is an address to change it's settings to become a WEP. http://documentation.netgear.com/wgt624v4/enu/202-10234-01/WGT624_RM-04-05.html . Spread to everyone of this website address plus it gives you steps on how to change it.

Thanks! I've heard of that site before but didn't know it had such a good range of images.

Hey daisy, i hate to bring this up, but the Slime Earrings image you uploaded could have a copyright status, and it needs something to say "hey, we can use this". i know it can be classed as fair use, but at least can you get the source site, even then it would be a lot better than how it is right now, else i might have to remove it, which would be a huge shame because it's such a great image.

A way to help you

I actually prefer doing it myself, although I may look into it later on. Plus I have no clue about bots anyway, lol.

England. When I got the email for this I thought you were talking about me not being on for ages XD the answer to that is homework. I GET SO MUCH EVERY SINGLE DAY. Although I did get to write a bit about DQ in Technology, which was awesome.

Highschool lief, eh? i remember back when i was in year 7... never done any homework until year 10/11, and even then most of that was only for graphic design. i'd skip lunch day after day, and i still only got a C in it... >.<

the home work does start to thin out though, so be happy :). that is, of course, until you do your GCSEs/O-levels, or whatever the gov't is adding again. Breaking Benjamin?well, enjoy the silence. (my website) 16:19, September 21, 2014 (UTC)

first, hello N. second, the UK biox art for all games has a very minor change to the US ones at least. this is the rating on the left side of the box, and is because the EU uses PEGI raitings, and the US uses ESRP, hence it would be the 'merican boxart xD. just thought i'd point that out, sometimes the differences are hard to spot, but could mean the difference of a 10+ (the US raiting) and a 12+ (the UK rating).

I didn't notice that, thanks. And the Germans must have tough kids. XD Mind you, I played it when I was about eight.

hey, the ' on the info about metaley was correct grammer, it showed possion, I.E. the name belonging to the original Metal slime. :) Breaking Benjamin?well, enjoy the silence. (my website) 17:15, July 20, 2014 (UTC)

It's 'its' if you're talking about possession. It's is a contraction of 'it is', whereas 'its' is used as a possessive, e.g. Its hair was green would be correct, not It's hair was green. Therefore, it wasn't correct. You can check if you want, but I know I'm correct.

Hey there, there's a few things that need doing here and it would be nice if you could help out like you did in the past. I've created a few things here like a place the put in a request for rights. Ellis99 CODE XANA 17:01, January 17, 2015 (UTC)

I've created userboxes for characters. These userboxes show if a user is a fan of a character. To check out what they look like, have a look at my userpage. I have created a page where we can apply for user rights too, Dragon Quest Wiki:Requests for User Rights, also meaning an end to voting for new admins blogs. Ellis99 CODE XANA 09:21, March 18, 2015 (UTC)

Retrieved from "https://dragonquest.fandom.com/wiki/User_talk:Daisy-ReeRules?oldid=75942"
Community content is available under CC-BY-SA unless otherwise noted.