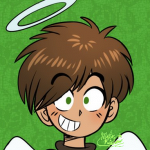 Hi, welcome to Dragon Quest Wiki! Thanks for your edit to the Corvus page.

Hello, Frostare, it's nice to see your dedication to the Corvus page, and also Felding's dedication to it too! Just to make it clear, this isn't a warning, but more of a polite note. I understand both of you are trying to make a valid point, but if there's something you both disagree with, please post it on the talk page. Both his and your edits are all in good faith, and it'd be terrible for you to end up starting to argue about something as small as a few words. I've posted the same message to Felding, because I don't wanna single you (or him) out.

Anyway, I hope you two keep up the awesome edits (both the points are perfectly valid!) and as it IS speculation, don't lose your marbles over it, ok? if you ever have any problems, just reach me on my talk page. :) Breaking Benjamin?well, enjoy the silence. (my website) 19:08, February 1, 2014 (UTC)

Hello, right now I'm in a long endeavor to make articles for every kind of monster in the Spanish Dragon Quest Wiki (this one ) but I will personally translate them and upload them here as well. =)Frostare (talk) 17:19, March 14, 2015 (UTC)

Thanks for liking my edits. Although I do seriously think that you should solve the problem of images not showing in that template. Ellis99 CODE XANA 17:46, March 14, 2015 (UTC)

To tell the truth, I don't know much about that... also don't worry about "not disturbing me" I'd probably won't be long since I haven't played all games and some are still not translated to Spanish. (DQI, DQII, DQIII and, of course, DQVII and DQX). I also want to get familiarized with this wiki because there's so many monsters I want to begin writing about in English too.Frostare (talk) 18:00, March 14, 2015 (UTC)

Hey, I solved the situation with the template on the Spanish wiki! Monsters artwork is now being shown on the template :) Ellis99 CODE XANA 11:11, April 9, 2015 (UTC)

I've noticed some artwork on your side of Dragon Quest, like Tiger jackal's original artwork. I couldn't find it on the links you gave me awhile back. Could you tell me where you find the original artworks of monsters please? Ellis99 VII & VIII 11:09, October 31, 2015 (UTC)

Alright, I was worried about the wrong origin because I didn't got them from DQVDS nor DQIVDS and that's why I renamed them DQMSL - Monster. But I'll do as you say and only upload what isn't there. Frostare (talk) 16:10, January 17, 2016 (UTC)

Your going to have to upload them from there as I'm not a Pinterest user as it makes a box telling you to sign up for the site when you go further down the page. Ellis99 VII & VIII 20:47, January 21, 2016 (UTC)

Hey, I thought you need some other images to for you to work with so I thought I might send you an email with other monster pics that I've found. I thought they'll go great with your monster collection on your pinterest page. If you're interested please notify me. Thanks The IT 15 (talk) 05:59, January 30, 2016 (UTC)

That'd be superb! Thanks! Just please, it'd be great if they were better quality than these:

Ok then, thought the picture containing all the monsters are on one big fileso I have to email it to you. What's your email adresss? Or if you don't want to say your email is there another way to send the picture to you? The IT 15 (talk) 18:02, January 30, 2016 (UTC)

Actually, here's the link to the pic:

You have removed the true image of Kendrick three times of you do it again i will report it as vandalism!Bopdog111 (talk)Bopdog111

Also, in future, could you name the images you think are from the DS version with DS after the roman numerals in the name of an image as I'm going to have to rename a lot of images. Also, can you upload better images of the ones you upload, if you find any, as some are pretty poor quality. Ellis99 VII & VIII 06:51, April 18, 2016 (UTC)

Also to the message above I sent you, the latest artwork of a monster goes in the MonsterInfo temp, if there is original artwork and remake artwork, the original goes in a gallery section. Ellis99 VII & VIII 17:22, April 19, 2016 (UTC)

Bad news, Orgodemir's been removed from the Complete Monster category on villains wiki again, can you add fix the page please?

I heard that Darth Voodoo, Ursas Minor and Mega, Soaring Scrouger, and Chasmonaut have art on Super Light, and I can't find good art for them. Me and the VA were wondering if u could work wonders like u did for the Psaro verison of Vis Mager? Would be greatly appericated Macdawg (talk) 01:10, December 4, 2016 (UTC)

Can you please find some good images for the foetid and funky ferrets? The ones I used are only placeholders.

Thank u for the Sting Slime from Orgodemir's army, and the Gnashiturim from the Hargon Order. I was just wondering if you could improve the Yorkobolt and the Crazy Bonus's artworks before August and/or September?(And also Fat Devil so that kanji thing doesn't block its right hand?) Hope everything's good.Macdawg (talk) 20:31, July 24, 2018 (UTC) I already got an improved artwork for the Yorkobolt, from DQMSL so u can knock that off your concerns. And congrats on the Dragonlad artwork. And make sure you get the Panda Ursa artwork from DQMSL, it's very important. Oh, and I also got the Ice Witch Lesslett artwrok from a Super Light thing, so make sure to have The IT 15 do some slight improvments to the Bestairy from XI. And there is a new DQX monster in town, which is unsurpising, but vicious. https://i1.wp.com/manmarudo.jp/wp-content/uploads/2018/08/2018y08m25d_122511925.jpg?resize=630%2C350&ssl=1 It's called the Jurassic Loyld. And the release date for 4.3 of DQX is Sep 6th, two days after the release of DQXI (Aka the Great Madesagora and Nadraga minion liberation). Good luck. ;)Macdawg (talk) 01:58, August 26, 2018 (UTC)

A step up for you

Though I've not known you long, I believe you may be able to assist with certain content and feedback management, so I've given you the corresponding rights to back up IT15 and Macdawg along with me as we could use the help tidying up. Would you be willing to come aboard? --Swordzmanp236 (talk) 07:27, September 20, 2018 (UTC)

Hello! I was wondering, where do you get your images for monsters? Thanks, KappaRules.

Our liaison just drafted an upgrade to the monster intro info box that you can find right this way. Before we can make it the default, we'd like you to pick a few pages and apply it. Please tell us what you think. Swordzmanp236 (talk) 22:53, August 19, 2019 (UTC)

So the main differences are that it will include related monsters and games they appear in? I'm... actually failing to see what else is new here, but I sure approve of it! Frostare (talk) 01:45, August 20, 2019 (UTC)

Hey Frostare, remember you did the languages for all the monsters and bosses for XI? Well now I'm doing the items, places, armour, weapons, spells and others in different languages as well. I can't do all of it alone, so if you have the time and add translations to what I listed, it'll be great. Thanx. The IT 15 (talk) 23:01, December 14, 2019 (UTC)

Subject pretty much says it all. We’ve got a user with screen name NattoBoy117 wants to add Chinese language information. A couple of their contributions don’t look legit. Please take a look, put things in the right place, and let me know whether we should reach out to them as to procedure. Thanks in advance for any help. Swordzmanp236 (talk) 18:28, February 6, 2020 (UTC)

In my personal opinion, archimaera is better since it's consistent with archdemon and archbashop, and the chimaera part is consistent with British spelling.--Jfgslo (talk) 17:26, April 11, 2020 (UTC)

I reverted the edit myself. The user who plagiarized is known as Agarfinkel. Please take care of them for this transgression. Signed- Shinobi76 (talk) 00:18, May 3, 2020 (UTC)

Background image for the wiki

I'm going to implement the image that you proposed to Swordzmanp236 on his wall, but, if you can, please try to create a HQ image from scratch that fits the sides of the wiki. What I mean is that the background images are supposed to be created with the middle empty and the sides with the features one wants to be visible on the wiki. Check "New background image for the wiki" in Swordzmanp236's wall to see what I mean. In the meantime, you'll see one of the images that you proposed, but we must remember to eventually replace it with a proper one.--Jfgslo (talk) 16:09, May 9, 2020 (UTC)

Dragon Quest of the Stars tips

I've created a page titled Dragon Quest of the Stars tips as a general repository for tips for Dragon Quest of the Stars. I saw no text FAQs out there in English, so I thought it might be a good idea to have tips from people that have played the game. Since you've played the game, please consider adding content and improving it as you see fit. DQotS isn't particularly difficult and doesn't require a walkthrough, but there are some nuances and advanced techniques that are only understood once one actually plays the game.--Jfgslo (talk) 02:19, May 22, 2020 (UTC)

Dragon Quest of the Stars events & other stuff

I've been creating articles for Dragon Quest of the Stars pertaining its temporary events as well as its Lucky Chest Draws and other stuff. NaujAtsituab had the right idea on how to handle them, but it was overly ambitious, so I decided to re-create his idea with text-based articles until future editors can dedicate the time to improve them to fit NaujAtsituab's original vision.

In the meantime, if you can, please fill any extra info that I missed, in particular anything related to First Clear Rewards. It doesn't have to be complete, just input whatever you are able to. Since events have a limited time, I ask that you add what you can while they are active. There are Japanese resources that have the complete info, but the translation is not straightforward, so anything we can add now can be improved later. For example, I now all combo meals of Slime Dumplings and their effects, but I know not the name of the combos in English. Anything that you can add will be appreciated.--Jfgslo (talk) 20:16, May 30, 2020 (UTC)

Could i request some help?

Hello, i have worked on the wiki page for the list of monsters in Dragon Quest monsters 2 3DS, i've been asking around as i do not possess the ability to do so, but i am currently trying to find help with making it up to par with the other monster pages. to be specific, adding like a table with the images and such. if you or someone you may know could help me with this long standing project, please do!

Thank you for any potential help you may be able to do.

Retrieved from "https://dragonquest.fandom.com/wiki/User_talk:Frostare?oldid=187561"
Community content is available under CC-BY-SA unless otherwise noted.